Troubleshooting in the
Life Science Industry

The Problem
One product is being produced in three slightly different reactors. Following a breakdown, an Intermig impeller was installed in one of the reactors. The flow properties obtained for batches from the reactor with the new impeller were much higher, and several batches were out of specification. It was known that oxygen hydrolysis destroys the sugar molecules while the slurry is basic.

The Task
Understand the reason for the failed batches and establish new operation conditions with the new equipment.

The Traditional Approach
Trial and error is used in the production facility to fine-tune the operational parameters. Using this method produced no improvement.

The VisiMix Analysis
VisiMix was used to find out why the process failed and to make suggestions to remedy the problem.

The VisiMix Solution
Owing to the design of the old impeller, all beads were found in the lower part of the reactor. VisiMix calculations showed that the improved mixing accelerated hydrolysis. VisiMix also showed that the new impeller was not suited for the process, and that the only way to avoid failed batches was to stop using the vessel for this product.

The Results
Under basic conditions, oxygen hydrolysis destroys the sugar molecules. The concentration of the product was much higher below the old impeller. The improved mixing accelerated the hydrolysis.

Calculation of the Savings
Renouncing the use of the vessel for this product reduced the cost of production by 900,000 Euros.

Process :
Troubleshooting in the life science industry after breakdown and repair of equipment
Task :
Understand the reason for failed batches and establish new operation conditions with the new equipment.

Improved mixing accelerated hydrolysis. VisiMix showed that the impeller was not suited for this process, and as a result the production was moved to reactors with appropriate mixing. 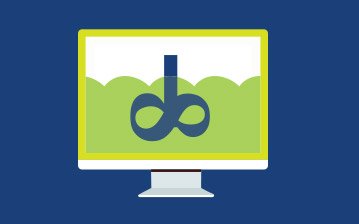 THE USE OF VisiMix ALLOWS US:

1.Reach a decision to use better vessels for production

2.Use VisiMix calculations for ongoing adaptations of the process to eliminate oxygen hydrolysis

To The Product Page

Back to All ROI’s