Avoid the Most Common Challenges During The Chemical Process Simulation Processes.

In the chemical and pharmaceutical fields, Scaling Up often provides many tough challenges due to the many complicated processes involve that are often difficult to identify and of course difficult to solve which causes many delays.

At the end of the day, I think most would agree that it all comes down to the mixing process.  In this article we’ll use the example of the development of a vaccine, which is very important in these times, to see what are the typical challenges that occur during the different phases.

The process to develop a vaccine is a process that is often long and very expensive.  It can often take between 5 to 10 years and according to Dr. Jerome Kim, Director General of the International Vaccine Institute (IVI), “if you asked GSK or Merck, they would tell you it costs $500 million for an easy vaccine, and $1 billion to $2 billion for a difficult vaccine”.

Testing during the first phases are usually less challenging, involving research, animal testing and limited-size human testing.  However, it is in phase 3 that the production challenges begin to show their head, as before phase 3 everything is developed in a lab.  But, now, suddenly this needs to be scaled up and be produced for thousands, or even tens of thousands of people.  Instead of using 500ml flasks and lab test tubes, we have to move to thousand-liter reactors.  It is important to remember, that this still is only phase 3 and the vaccine hasn’t been approved nor recommended by any regulatory bodies, which it needs to be before it can be produced on a larger scale. 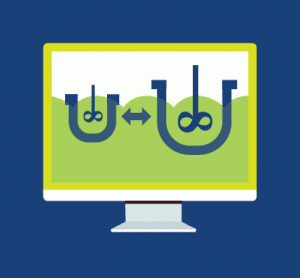 What Can Go Wrong?

Now, we’ve got to the point that the formula works perfectly inside the lab, whether it is a vaccine or any other chemical solution.  Bu, what is the next step?  Now, the dimensions and quantities have changed and the mixing conditions need to be adjusted to be able to produce it in production conditions in bigger facilities.  If you don’t know exactly how these changes will affect the final result, nor how to change and adjust the mixing process to compensate for this, things will go wrong.  This means that the result you had in the lab will not be equal to those that you had in the lab.

However, this is no quick solution, as you don’t have an idea of what exactly went wrong, how can you fix something without know the cause?  What usually happens, is that an investigation is  performed in order to find the issue, or sometimes, adjustments are made to the process, before trying again.  This means that in some cases, it can take years to solve the issue – that is if it is solved at all.  Sometimes, it seems as if there is an ‘unknown’ factor or a mystery that can’t be solved in the mixing process.

In these types of process, these types of issues lead to long delays and losses of billions every single year.  In a situation like that of this example of the vaccine, it can even affect people’s lives.

Looking and Understanding the Unknown.

However, all is not as hopeless as it seems, it is actually possible to get an accurate and deep understanding of the scale-up parameters that are affecting the mixing process, therefore bringing these typical mysterious issues into the light and avoiding them altogether. Here at VisiMix, we have created and developed some incredible software that allows chemical engineers to visualize and characterize the mixing process in an easy to see and follow interface that is designed to be user-friendly, this allows them to effortlessly scale mixing processes up or down as required.  The objective is to develop a process that will give results that are similar to what was achieved in the previous facility or in the lab.   This is achieved by evaluating the process under the same conditions that you will have during the production phase, which enables you to identify the parameters that need to be adjusted or completely changed as well as showing you how to adjust them to get the best solution.

We are scientists, and scientists are all about conducting investigations in order to solve mysteries, we’ve done our investigation and we have solved this one, which will enable other scientists to continue to change the world through their research and development without the usual frustrations, trial and error, costs nor delays.

One of the very interesting examples told by a big company in the life and biotechnology market, came with very surprising results. And the history is as follows. This company detected that one piece of equipment was not working well because it was damaged and it was very old. They decided to buy a new piece of equipment in order to modernize and improve their operations. So what they did is they transferred the process to a subcontractor who then designed the new equipment. During the design, they took into consideration the process and assumed that because there are solids involved in the process, these solids should be well distributed in the mixing tank.

So they designed and built the equipment according to this hypothesis, installed the equipment, and started to run the process. The result was not good, with only a low-quality product even after changing the conditions. The hypothesis stood so what was wrong with the solid distribution? When the solid distribution in the older equipment, which ran well for many years, was examined, they got quite a surprise. They found that in the older equipment, the solid distribution was not good at all because many of the solids were in the bottom of the tank. They were moving, but in the bottom of the tank. In the new design, the solids were well distributed in the tank. So we have a big part of the solids in the top of the liquid phase and, hence, in contact with the air. But here is the point. The contact between the air and the solids in the process was very bad. It generated some secondary reaction that destroyed part of the material and generated a low-quality impurity in the secondary reaction. So now, it was for them a complete surprise because they thought always that good mixing means a good distribution of solids in the mixing vessel. But in this case, “good” mixing does not mean a “good” (i.e., homogeneous) distribution of solids; rather, it is the conditions we are providing (i.e., no air) to the process that generate good results. And in this specific example, a “bad” distribution of solids that are continuously moving in the tank but are only in the bottom and no interaction with the air, generates better results even though it is not homogeneous. And yet, according to the good mixing practice we have in our head, it was bad mixing. We need to disconnect between good mixing and good process, and to take into consideration that mixing is a tool that serves a specific process. So we provide the process required even if it is not beautiful mixing—as long as it generates good results. This is one example of what can happen in scale-up or scale-down situations.

Are lab experiments absolutely necessary to scale-up the process?

It is not advisable to scale up the process if there is no previous information from a lower level (laboratory, pilot, etc.) on the positive results.

It is only possible to design an optima process for production when a process is well known, from both a chemical and hydrodynamic aspect (e.g.: heat, mass, and momentum transfer).  This is because the yields of some diffusion-controlled reactions are extremely dependent on the hydrodynamic properties.

What type of processes are recommend to be scaled-up with mixing simulations?

By using a suitable mixing simulator like VisiMix, any batch or semi batch process in mixing reactors can be scaled-up as long as the necessary information is available.

What is scale-up factor is advisable, would 10x volume be OK?

It is well-accepted that product and process developments are usually scaled-up in small steps, from lab scale to bench scale to pilot scale and ultimately to production scale.

Scaling by 10x or more the original volume is absolutely possible as long as the necessary information and a reliable simulator (such as VisiMix) are available.

What is the importance of process simulation?

Knowledge of these parameters allows to better understand the process and, if necessary, make changes to improve it. It also allows, with a high degree of confidence, to evaluate the transfer of the process to another stirred reactor, as well as to scale it up or down. Finally, the simulation of these processes involves saving time and money during the development of a project.